For archaeologists like the TPW team,  pottery is an unmatched material to help gain an understanding of people in the past. Simple clay objects and surfaces, shapes and decorations are a powerful key for unlocking the everyday actions and know-how of people who lived long ago.

In the past and the present, almost every human culture has used some form of fired clay. Look around you today and you will see pottery designed for cooking, building, serving, eating, storing, worshipping, writing, cleaning, going to the toilet(!), and many more purposes. Many communities in the recent and ancient past had a similar range of uses for pottery and, in the absence of modern materials such as plastic, aluminium and nylon, may even have relied more heavily on this material than we do today.

Pottery plays a role for people from all walks of life, whether they are elite or not, powerful or powerless, rich or poor. As a result, it gives us a snapshot of the day-to-day activities of all kinds of people through their lifetimes, as well as wider changes in society. This is especially true when we can look at the pottery from a site where people lived and worked together over many generations. 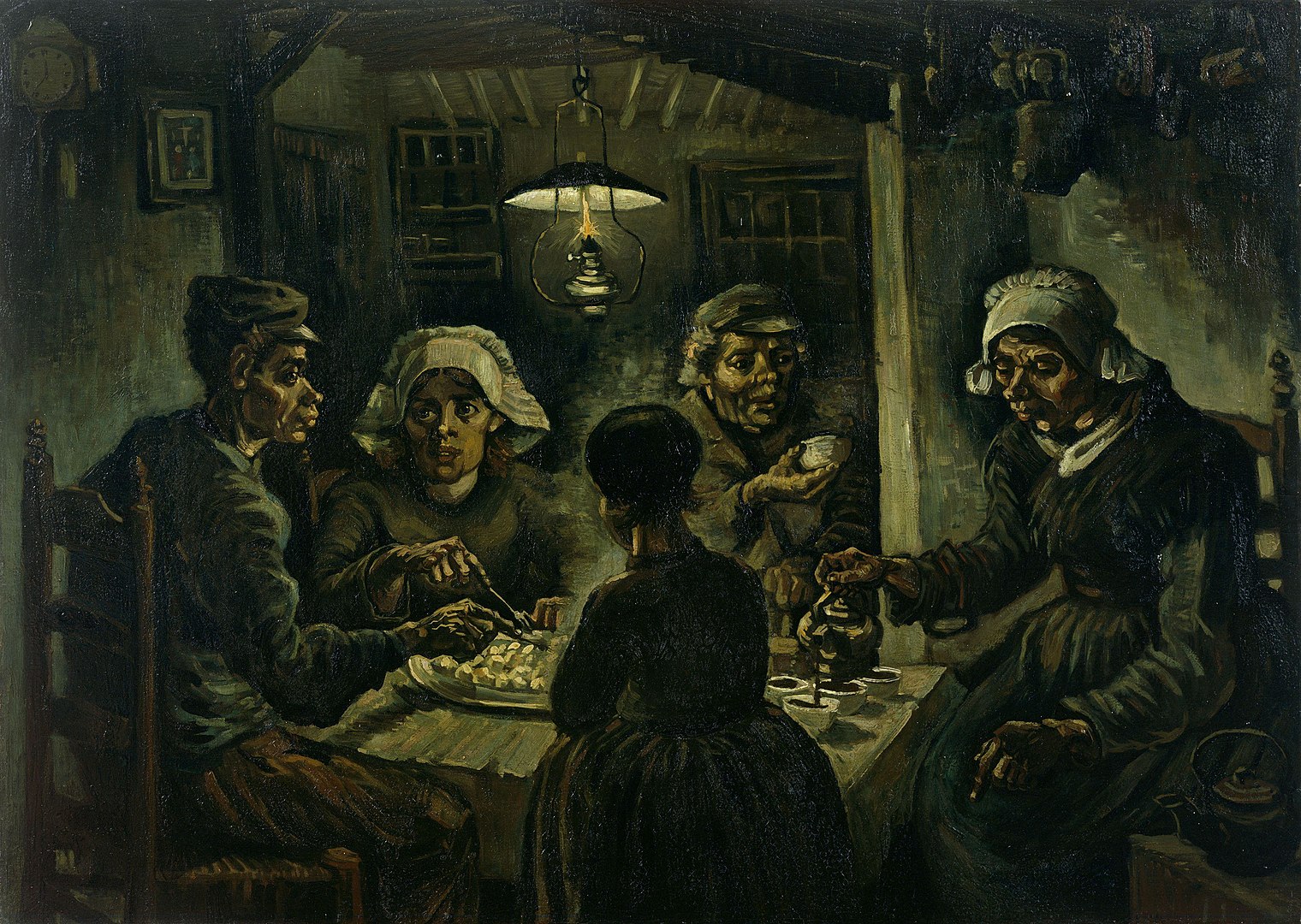 ‘Ceramics survive…but not usually in one piece’

Fired clay is a strong material but it is not indestructible, so most pots eventually break, either intentionally or not. Once they are broken, ceramic pots are not usually repairable (though exceptions do exist, like the use of small lead clamps across ceramic breaks in pots of the Early Bronze Age Cyclades). In the end, a broken pot is usually discarded and replaced. Most of the pottery recovered by archaeologists is thanks to this cycle of use, breakage, and discard. What makes pottery even more useful for archaeologists is the fact that fired clay usually does not change very much, even if it is buried for generations – it does not rot or corrode like other materials such as wood, paper, fabric, leather, and metals. 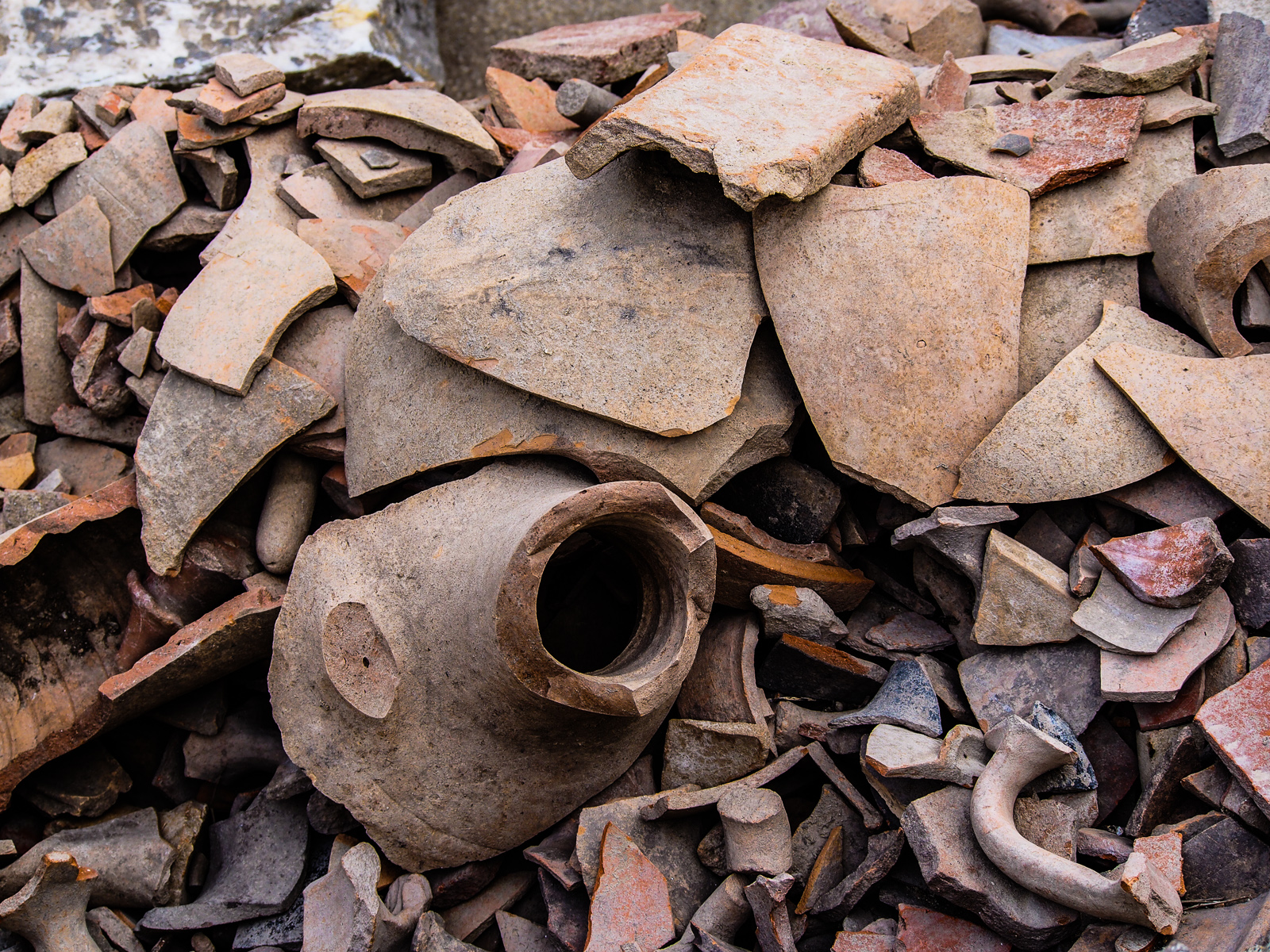 Pottery sherds from many different periods, in all sizes and shapes.

Sherds of broken pottery are less desired by collectors than whole pots, or even objects in other materials, so they are often left behind if a site has been disturbed or damaged by illegal looting activities. Luckily, archaeologists can still learn a lot from these broken pieces, as we can see below.

Every pot is the product of a potter’s decision-making process. Some of these are deliberate decisions where a potter explicitly weighs one option against another. Other decisions come from habitual knowledge, where the potter uses a particular technique or practice that is so customary for them that they might not even think of it as a decision. This is a normal part of our lives. After all, do you think about the technique that you use to tie your shoes?

These decisions start at the level of the raw materials for making a pot – where should the material come from? How should it be processed to make a suitable paste for potting? (If you’re interested in how archaeologists study raw materials for potting, you can explore the topic here)

Once a paste is created, a potter must decide what shape to make – a small, medium or large jar? A jug with a pouring spout?

They must also decide which technique they will use to make that shape – will they use only their hands (pinching, coiling), or perhaps a form of beating (percussion or paddle and anvil) or moulding over another finished vessel? Will they use a potter’s wheel to throw a pot, or just to finish a hand-built rough-out? (Want to learn more about potting techniques? Have a look at another of our blog entries here)

Even once the final shape has been created, the use or function of that vessel may demand a handle, a taller pedestal, a lid.

Will the vessel be decorated? In bright colours or recognisable motifs or patterns?

How will the pot be fired, to achieve the desired decorative effect, or to produce a watertight surface?

We mentioned earlier that pots had to be regularly replaced, which means that throughout history potters were making decisions as they made replacements. Old pots made with old techniques were regularly replaced by new pots and newer techniques. These replacements are snapshots of the range of decisions a potter made, year after year of discard and replacement. In fact, these changes in decisions through time are the basis for archaeological methods such as seriation of pottery assemblages (relative dating).

‘The people behind the pot’

The shape of the rim, the number of handles, the presence of painted decoration, the capacity of the pot… these features all emerge in the negotiation between the choices and skill of the potter and the needs and tastes of consumers. This is why archaeologists make such detailed notes about seemingly unremarkable little vessels like the conical cup: when these variations are compared over time and at different sites, even the humble cup becomes a sensitive marker for finding social and economic changes in human society. This is true at both the local scale of the settlement (like Knossos or Malia) and more regionally (across Crete, or across the Aegean islands).

Archaeologists look for shared behaviours in pottery production such as raw material choice and preparation as well as forming techniques practiced. By finding these shared behaviours, we can start to identify groups of potters and we can also start to say which groups interacted with each other to share knowledge and experience in the past. This method underpins the work of the TPW team as we seek answers in our study of the potter’s wheel. In this way, ceramic sherds are transformed from the waste products of past people to the treasure of archaeologists today. 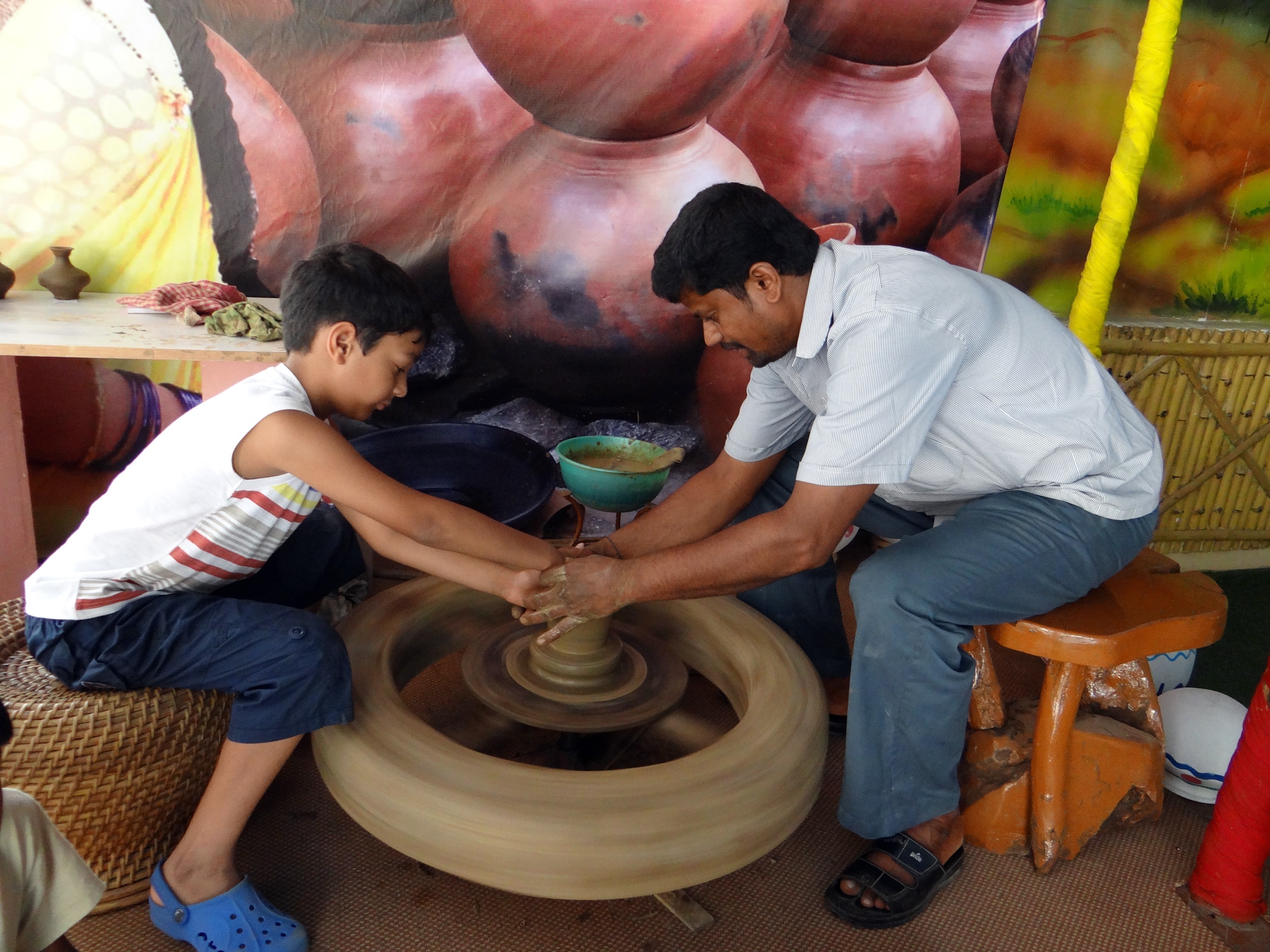